A bill must go through a long process with many legal procedures to become an official law. The complex process demands a concise summary for better understanding and assessment, hence the birth of the legislative process flowchart.

With the help of this diagram, you can easily visualize the route from politicians proposing a bill to the President and Congress for approval.

The legislative process is all the steps in which the authorities propose and support a bill to create an official law. For democratic legislatures, it is an important procedure for the political apparatus.

The stages in the legislative process may vary in many different countries. However, the most indispensable step for all democratic political institutions is the debate. It is a time when the legislatures discuss before the President makes the final decision.

A legislative process flowchart, which is a simple diagram that outlines the steps to enact a formal law, will have its moment in this phase. It is a helpful tool for the subcommittee to understand more about this political aspect, thereby suggesting any amendments more easily.

Why Use Legislative Process Flowchart

Political knowledge can sometimes be quite incomprehensible and lengthy, so describing the steps of building the law with a diagram makes things appear simpler and more visualizable.

Also, many people use flowcharts in fields such as information or education. It is an effective way for people or students to have more political information.

Members of the House of Representatives or the Senate can comment on bills. Once fully drafted, they forward them to the competent committee for legislative consideration.

Usually, staff transfer bills in a particular field to the respective jurisdiction. In some cases, they may send one draft bill to multiple agencies.

This is the step that determines whether the draft bill will be an action or inaction law. If it does not meet the requirements of a valid rule, the draft will be ruled out at this step.

Once it is determined to be an action law, a hearing on the bill is held. There, political members can comment and debate whether to amend or rewrite the law.

In the democratic political system, the bill must be approved by the subcommittee before being sent to the committee. Continuously, they will forward it to the Senate or the House of Representatives.

The chairman of the people's committee will write a detailed report on the bill. It explores more thoroughly all aspects such as purpose, national legislature history, and its impact. In addition, once marked as H.R or S, they will print a copy of the draft law.

If committee members disagree with the views on the bill, now is the time to speak up. Be it an individual or a group, they have the right to object in case the bill is not suitable for the economic or political situation of the country.

Hour Of Debate And Votes

The heads of the House of Representatives and the Senate will decide to accept the bill. If there are some things to amend, they hold a public meeting.

Each legislative branch has different rules for regulating bills. In the House, the current representative can offer a draft bill only when having the majority of votes of the Rules Committee. Meanwhile, senators in the Senate can introduce an amendment without anyone's permission as long as it is legal and consistent with the bill.

In the national legislature, bills are sent to the House of Representatives first. After finishing the legislative consideration here, people continue to send it to the Senate for a second consideration.

Referral To The Other Chamber

Once passed by the executive branch agencies, people transfer the bill to another chamber. Here, the bill undergoes review and amendment before being passed again.

When it has the acceptance of the Senate or the House of Representatives, the committee and floor in this chamber still have the power to reject the bill.

If both the House and Senate pass the bill or the amendment is insignificant, authorities will send it back to the original chamber for a vote in favor. When the ideas between the two parties are too different, a conference committee will be appointed to mediate.

Members of the Senate and House of Representatives will debate to reach an agreement. After gaining the consensus, the staff member will prepare a report to present the comments of both sides on the bill. When all members cannot come to a final agreement, the bill may not be accepted.

The congressional research service report is sent to the President after both the Senate and the House of Representatives agree. If the President agrees, he signs the report. The bill becomes the official law of the country. Conversely, the law is dead if he vetoes.

What will happen when the President takes no action within ten days after receiving the bill's report? If Congress holds a session, the bill is passed and automatically becomes law. Congress rejects the bill in case they adjourn the session.

When the President decides to reject a bill, Congress still has the right to override that veto, which requires holding a roll call vote. Provided that all members are present, the bill successfully passes if getting the approval of majority opinion (more than two-thirds).

Why Is The Legislative Process Important?

The commissioner will scrutinize the validity and legitimacy before letting the law roll out across the country. It ensures that the laws passed are suitable for the general situation of the whole country at that time.

Thanks to it, members of each executive branch have more opportunities to express their views on the upcoming law. The cession of debate will create a balance of both sides. It guarantees that there will be no bias or any conflicts after the bill becomes an official law.

In addition, it is also a necessary base for law-related fields and legal research. 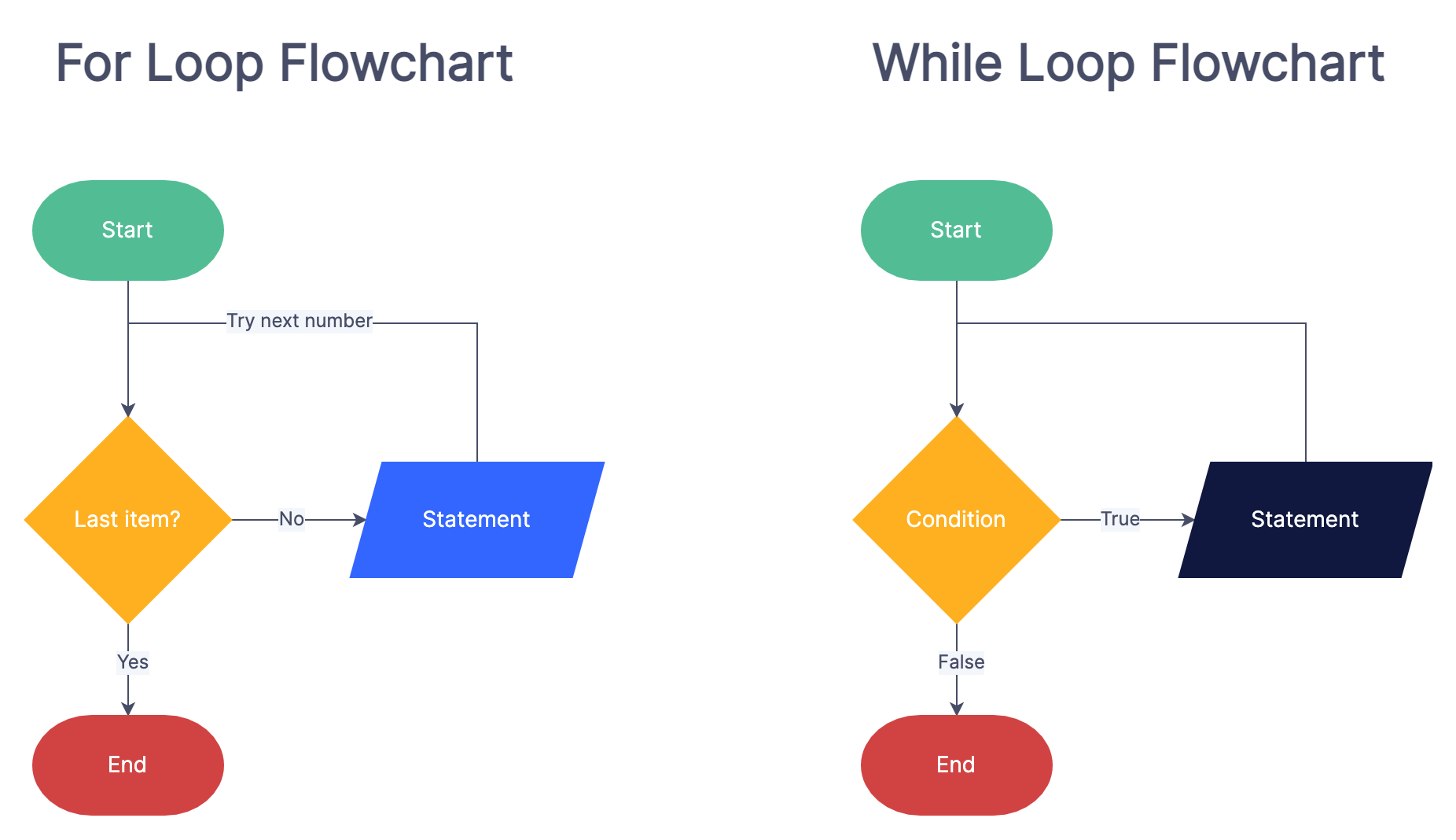 For Loop Flowchart - A Visual Guide